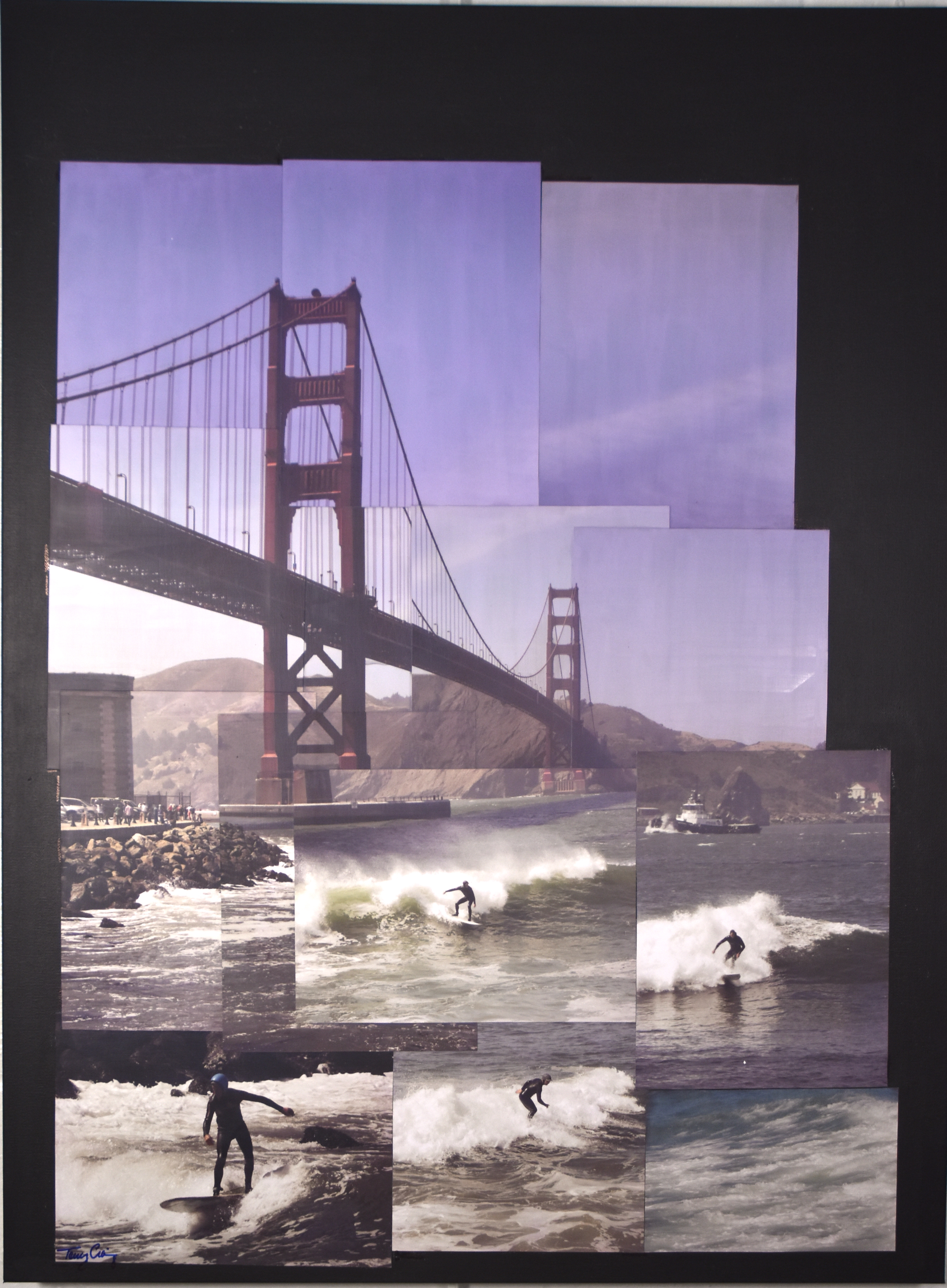 After returning from San Francisco in June, I had accumulated over 1,000 photographs. I took my camera everywhere. Some of the pictures are weakly composed and many are redundant, but I also have some great shots and I have found several new ways to display single shots and photo collages.

From October 17 to November 12, 2019, I exhibited works from our trips to San Francisco at A Movable Feast Restaurant in Brunswick, Georgia. Along with some new photo collages, I showed 2 new types of works that allowed me to use my single photos in multiple arrangements. The first type is called interactive photo sliders. Within wooden boxes photos can slide in grooves back and forth to reveal layers of SF scenes. I made several sizes and people enjoyed actually sliding the panels to create different views of the city. The boxes can be displayed on tables, shelves or other 3 dimensional areas.

The second type of work is called Folding Photo Screen in which single photos are hinged together accordion-style to make a moving display of SF scenes. The screens are double-sided and will fold down to fit in a decorated cigar box. They can be displayed on tables, shelves, mantels and other 3 dimensional areas. Some of the screens can be themed such as all street scenes or SF bridges or nature scenes such as trees and flower

I worked on this exhibit steadily from July to October and even though sales were slow, I deem this body of work and the exhibit a success. 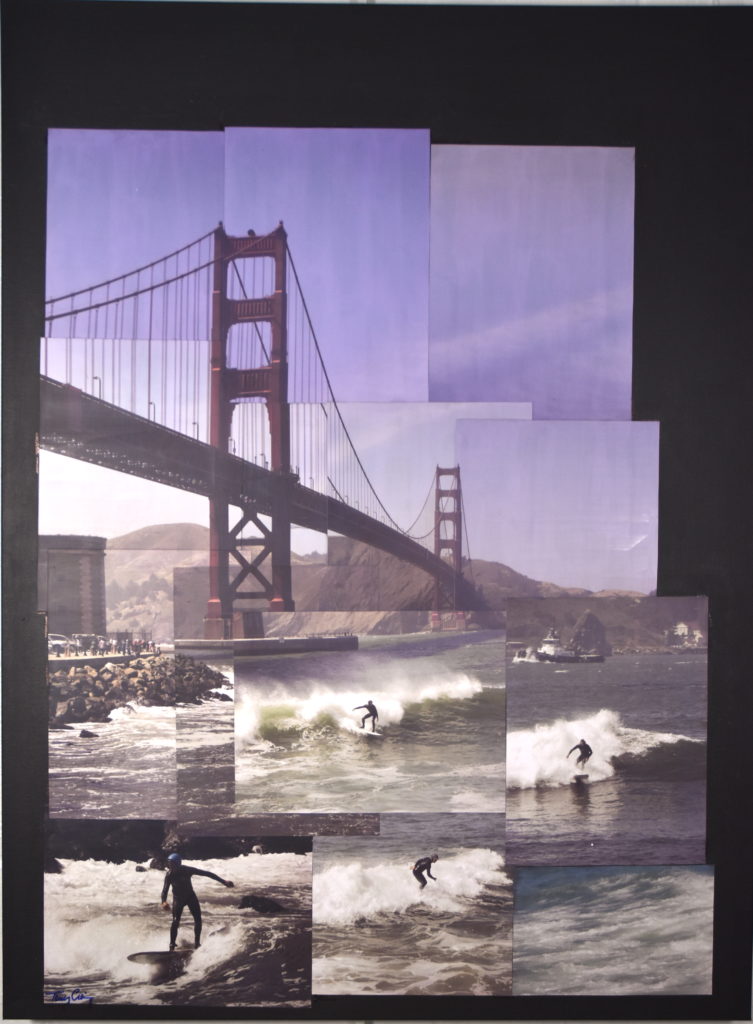 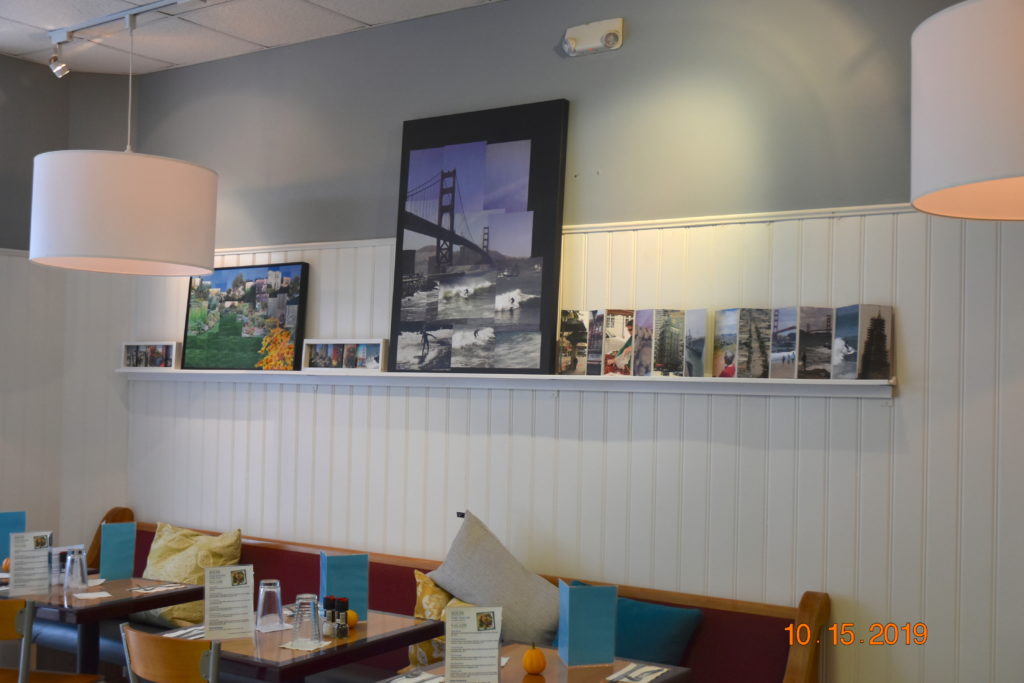 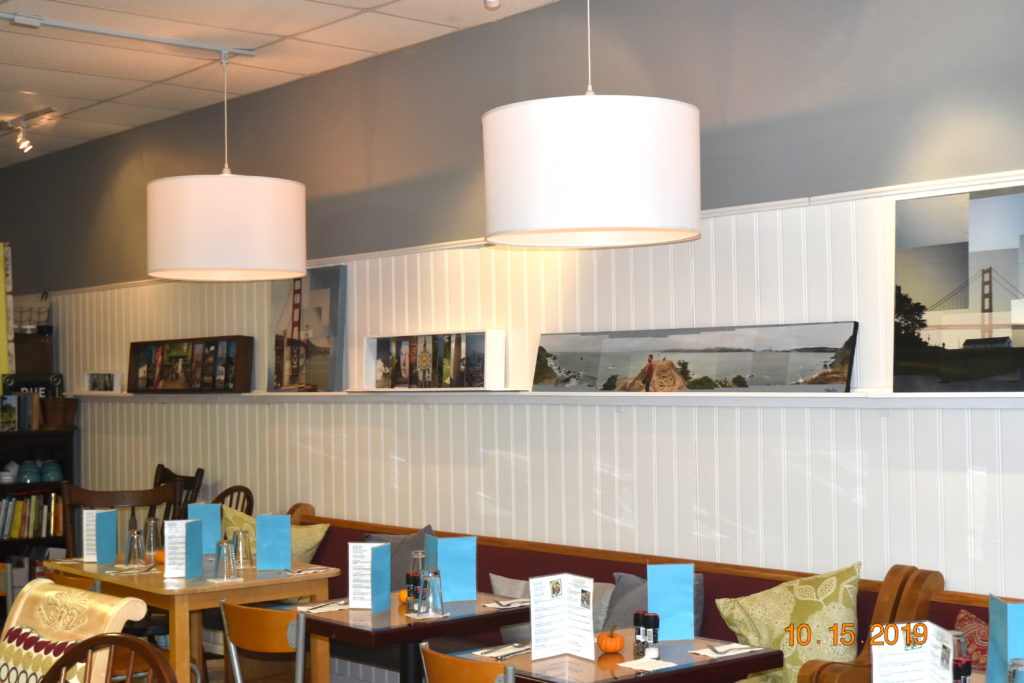